Travels in an empty land 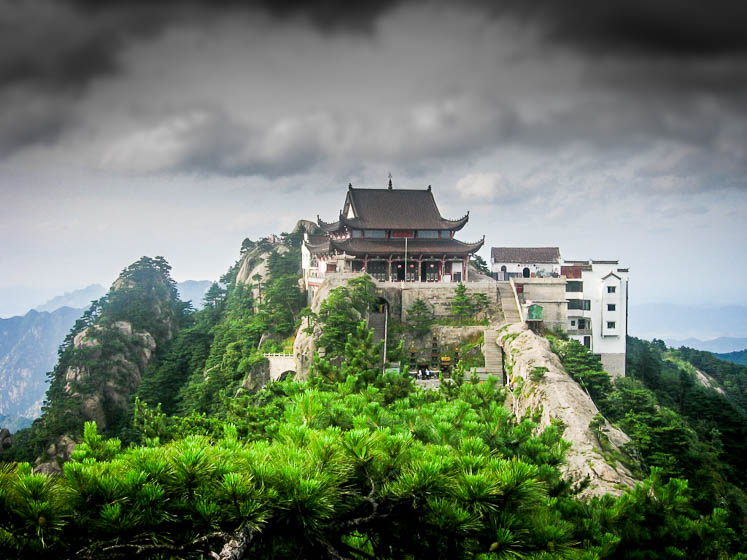 So the author of Destruction and Sorrow Beneath the Heavens, László Krasznahorkai, Hungarian writer and poet, Booker Prize winner, condemns his quest to find any remaining evidence of Chinese civilization to failure from Page 1—as if the book’s title had not alerted the reader to what lay ahead.

We can, however, add a twist of ambiguity to the mix: is the narrator of Beneath the Heavens even Krasznahorkai? In the newly released English edition of this flamboyantly written takedown of the impact of globalization on China, Krasznahorkai’s narrator is the poet Stein. In the 2002 Hungarian edition of the book, he was the poet Dante. This raises the question: is Stein/Dante nothing but an innocent-abroad fall guy for the West’s collective awe of China’s long and glorious history—and, by implication, the poets’ contempt for China’s miraculous economic regeneration?

The reader is in no position to judge, but the ambiguous triumvirate of Krasznahorkai, Stein, and Dante travel from one classical touchstone of Chinese culture to another anyway, apparently with the expectation of finding nothing to counter a foregone conclusion that all that once made China great has been abandoned to consumerism. The narrator elides over the role Mao Zedong and the Chinese Communist Party (CCP) played in destroying what was left of Chinese civilization over some sixty years of one-party rule. Krasznahorkai, Stein, Dante are also oblivious to the fact that the very idea of China today may well be something far more enduring and simultaneously distant from the civilization that reached its apogee during the Tang Dynasty, which lasted some 300 years and and concluded more than a millennium ago. Krasznahorkai’s borrowed voice never asks, when was China last a civilization and what was its geographical extent, and where lie its broken lines of continuity with the present?

Rather, Stein, our English-edition narrator, meets poets, writers, intellectuals, the financially beleaguered custodian of a disappearing theatrical tradition, and proceeds to engage them in a mode of questioning that often borders on hectoring. He does so with no regard for Mongol, Manchu and Japanese invasions, or the 20th century civil war between Chinese Communist Party and the Kuomintang, which saw the latter retreat to Taiwan in 1949.

Stein’s observations on the cultural poverty of what he finds in contemporary China—which he appears to sincerely believe is a result of Deng Xiaoping’s “open up and reform” policies—often run for pages without a sentence break. This makes for challenging reading, but also, it should be added, often achieve a breath-taking lyrical transcendence. The problem is the message. Would any of us, for example, expect to find the legacy of Plato and Socrates on the next street corner in Athens? Where is Chaucer’s England on the local high street? What went wrong in Rome?

To quote at random, here is Stein in action: “The extinction of this amazing ancient culture has only taken place in the recent past, when a person could still make the mistake—and as for Stein, he still makes this mistake—could still deceive himself, dupe himself, pamper the belief within himself that maybe this dramatic turn of events had not occurred, that nothing had really been decided, that nothing was final, and that in China that which has been here for millennia need not completely collapse.”

What is most interesting about such passages is the idea that what is absent was lost “in the recent past” and that Stein is “duping” himself in believing that it could be any other way—and that the pristine and preserved he seeks has needlessly collapsed. Stein does not appear to be ready to question whether the China of his imagination really was intact for millennia and abandoned in an instant with the arrival of shopping malls, affordable electronics and domestic tourism, which he abhors. (It is difficult not to conclude that what angers the poet Stein most is that he has to share the battered remnants and what he describes as the “forgeries” of China’s past with the unwashed masses.)

This frustrates the Chinese he talks to and it in turn frustrates Stein, who comes to the “realization” that his unrelenting obsession is an unwelcome intrusion on his guests’ unshakable conviction that China has become a better place.

“Foreigners who take a strong interest in [Chinese classical civilization] are increasingly no longer really wanted here, their questions are not welcomed, they are warned, lectured, told not to seek out what they are seeking; they won’t find what they’re looking for, especially not him, the foreigner—he will find absolutely nothing, nothing at all. For all intents and purposes, he is told to go home.”

The obvious riposte to this is that Stein, lost in his subject, has chosen to ignore the history and politics that brought modern China into existence. To imagine, even under Party rule, that China has forgotten its past is to not understand China. Chinese intellectuals would likely describe this as a “complicated” subject, and they are not unaware of its importance, but they are equally aware that since the fall of the Qing Dynasty in 1912 the great debate, the great push, has not been to revive manicured gardens and Tang-style poetry but to retire national humiliation to the pages of history and to put China back on the map as a global power.

Stein’s bitter quest does indeed finally begin to unravel the founding premise of his book, its opening chapters and its title, as the journey reaches its “destination”.

Late in the narrative, an elderly Chinese in a Tianjin housing estate who deals with Stein’s hard-pressed harangues more patiently than anyone he has met previously, says: “The government can’t do anything. The teachers, the writers, the intellectuals don’t even think about it. They do not sense that there is a problem. Nothing seems problematic to them. They only sense that there is progress, that everything is better than it was 10 years ago: they are happy now.”

This announces a turning point for Stein as he moves towards a final dialogue that confronts the narrator with a China that may have been what he was looking for all along, but which he admits he does not understand.

In Suzhou, as the book reaches a vaguely celebratory and simultaneously defeated endgame, Stein is told, “Your conception of a ‘thing’ radically differs from what we understand by that. And so, for you, the extraordinarily rich meanings of emptiness do not exist as they do for us. They do not exist, therefore they cannot be compared with anything else. There is no place in you where you could understand what emptiness is. And the essence of Chinese art is this emptiness.”

Here, this wall Stein has hammered against for close on three-hundred pages finally confounds him with a gnomic articulation of all he has sought for—a China that is everywhere and nowhere at the same time. It is what distinguishes Destruction and Sorrow Beneath the Heavens from so many other books about China. Stein’s needy naivety brings the reader to a place where China makes no sense whatsoever, and this is something that rarely, if ever, happens when foreigners write about China.

Generally, when we in the West write about China, the product is an explainer: the “economic miracle”, the coming collapse of the engine of world growth, the human side of an unparalleled movement of people, the capitalist transformation of an ostensibly communist state, the horror stories of persecuted rights’ activists. Arguably, such books, as a rule, shed light only on corners of this continent-sized empire of 1.4 billion and its palace-whispers politics, but they at least try to help us make sense of of it all.

Take China’s Future, for example, by David Shambaugh, who argues that China’s government needs to become less totalitarian and oversee massive economic reforms in order to survive, while pessimistically admitting it would be unrealistic to expect anything of the sort to happen.

“Will the CCP leadership make [the] tough choice and decide that their collective survival, and the nation’s overall future, is better served through loosening up rather than tightening up?” asks Shambaugh. His answer: “No. The Party leadership is too insecure to take the necessary decisions to give up the relative degree of power necessary in order to stay in power by means other than control and coercion. Therefore, the regime and system will be in a progressive state of atrophy, decay, and decline over time.”

On the “human” dimension of the China story, Evan Osnos, one of the best, most eloquent explainers of contemporary China, writes in his best-selling Age of Ambition: Chasing Fortune, Truth, and Faith in the New China, “In the China that I encountered, the national narrative, once an ensemble performance, is splintering into a billion stories—stories of flesh and blood, of idiosyncrasies and solitary struggles.” He later recaps: “The age of ambition swept inland from China’s coast, reversing the route of migration; it moved from the cities to the factory towns, and from the factory towns to the villages.”

This is undoubtedly a story – it is one the stories of the past three decades. But China, of course, has never been less than an aggregation of countless stories, long before Osnos reached its shores. To imagine that the protests of 1989, which nearly toppled the CCP, came from nowhere is simply to be bemused that China is not marching in lockstep unison, when it never did and it never will. Even Shambaugh’s assumption that change, if it is to come to China, has to come from within the CCP is nothing more than that: an assumption. The force of change could just as likely come from without as from within the Party.

But at its angriest best Destruction and Sorrow Beneath the Heavens is a reminder that the word “miracle” is bandied about far too much in the context of China. Shambaugh alludes to it in his bleak view of China’s future, and Osnos alludes to it, when he writes about persecuted human rights’ activists and in particular, when he refers to China’s jailed Nobel Peace Prize laureate, Liu Xiaobo.

Should Stein have had access to Nobel Peace Prize winning Liu they would likely have had much to talk about. But Liu would no doubt have rebuked his interlocutor on the notion that China’s greatest sacrifice in its giddying ascendance is the glory of its classical heyday. In fact, China has sacrificed almost everything, including, notably, its environment, in its headlong rush to prosperity, and the “emptiness” that Stein is finally confronted with might equally embrace the entirety of modern China’s aspirational void.

A version of this essay was first published in Mekong Review. Subscribe for more.

Destruction and Sorrow Beneath the Heavens

Don't feed the locals
Shangri-la in flames
The fall guy